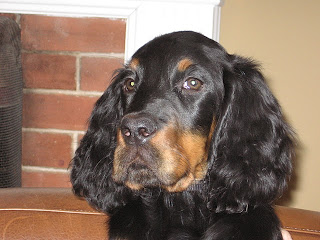 Not a very accomplishing day. I think if I can put my laundry in order and commence my packing, and get the kitchen tidy enough before bedtime, I'll have done all I needed to do. Tomorrow is also a day.

I'm away next weekend -- a foray to Wisconsin for an ordination...from Prairie Metropolis such excursions ideally begin with the hop to Minneapolis. There WAS an alternate route this time...Seattle, Denver, Chicago...I don't think so!!

Soon after I was ordained I found an extra-long garment bag, which I've used ever since for vestments: first my alb, and after I'd worn it threadbare, cassock, surplice, etc. For about the last five years it has been "non-zippered" and held sketchily closed with an array of safety pins. I want to take my vestments as carry-on baggage on this run, and the safety-pin expedient just doesn't cut it, I think.

So the other night I dug out a nail file and a pair of pliers and went to work on the zipper and managed (fingers crossed) to get the slider first opened up and then closed up again, so as to control MOST of the zipper (the remainder I have sewn together solidly). Happy sigh of accomplishment.

Oh yes! also riding in the vestment bag this trip will be a lighweight washable chasuble; it was a handed-down ordination gift from a Clergy Widow who had originally made it for her husband. Among the happy memories of my first year of ordination are a number of attempts by Clergy Widows to get "THAT cupboard" empty at last--as a result I was very well outfitted, far better than I could have afforded on my own. And now the chasuble is going to another new ordinand...and in HER baggage, to Jerusalem and the Holy Land. A comfortable thought.

And I have emptied three bags of books. Perhaps one more, this evening, in the intervals of laundry, ironing, and dish-washing?

As inspiration, I have printed the Puppy-Face seen above and posted it on the fridge...to remind myself of WHY I need to put the house in fit condition to harbour a big ol'dog.

Hoping upon my return to open up lines of communication with the nearest breeders of Gordon Setters. Most of the kennels I've looked up specify that they don't even arrange a breeding until they know they have takers for the hypothetical pups. I'm willing to wait, I think the breed is the better for this scrupulosity. It seems a bit odd, I guess, to set my heart on a dog I've never actually seen in the flesh...all I know is what I've read, and what I've been told about the Gordon my grandfather owned long before I was born! I don't want a dog to breed, or to show -- or to hunt!!! -- just a companion... and I love the setter shape and size...not sure I have the strength of character to tolerate the ditziness of an Irish.

I have friends with very well-behaved dogs who are a perfect joy, and friends with dogs which are Hysterical Monsters, so I'm approaching this project with some trepidation...must find my book about the monks of Skete and plumb its depths I guess!
Posted by Crimson Rambler at 8:59 PM

The Supreme Allied Commander and I will be looking for Xena in September, a companion for Gabrielle, who changed our lives completely six years ago.

Even better proof than beer that God loves us and wants us to be happy.

I hear you! Somehow I thought this would be your reaction!