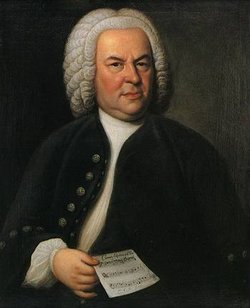 It's snowing here this afternoon -- fat fluffy flakes; earlier in the day, they were smaller, and there was just enough of a breeze to toss them about in Brownian motion between our house and the house next door.  But now they're just enough heavier that they're falling almost straight down.  I'll have to shovel out tonight before I go to bed.  But it's all right -- it's not what the friends-who-are-nurses call "cardiac snow."

Shortly, however, I'm on my way to spend the evening with Delightful Grandbaby.  She is 10 months old today (less the five weeks she missed in utero).  She can sit herself up; she can crawl, she makes wonderful games out of clapping and waving and uttering funny noises.  Last Monday  we had a game with hiccups.  I patted her back; she hicc'ed.  When she hicc'ed -- I hicc'ed, just to demonstrate solidarity.  She looked at me dubiously -- she seemed to detect a certain lack of depth and authenticity about my performance.  But after half a dozen or so, she solemnly reached up and patted me on the chest.  "You pat me, Grandma, I'll pat you, we'll get the upper hand of these darn hiccups somehow."

Spent yesterday afternoon in a special kind of study on Romans 8, guided by the old Fifth Evangelist, there, at the head of the post...in the motet "Jesu meine Freude".  Singers comprising friends of my children and children of my friends -- or both.  Conductor: the Poppa of Delightful Grandbaby.   We are a very BACH family.

Does anybody else listen to Bach for the WORDS?  My gain yesterday was Frolocken.  I know that in standard orthography it's Frohlocken.  But without the "h" somehow -- it's more FROLICSOME.  And I love it.  Frolocken forever.  And more of the style of devotion, of thinking and feeling, that invites that rejoicing.

Bach does me good.  Thanks be to God and thanks be to the old Kapellmeister -- and to the young one, and to all his Musikant friends, too.

Posted by Crimson Rambler at 2:44 PM

Reading to catch up - looking forward to seeing you soon.