in which the Rambler proofreads the minutes of Vestry... 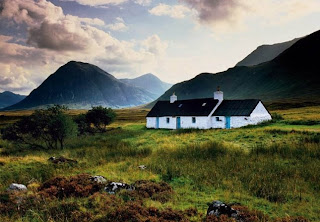 Ah, I can see it now, little oily lumps of machinery lurking and scuttling about among the heather in the rain on some windswept Scottish moor... and saying "Och!"
Actually they have been saying, "Och! och! och! och!" but that is now corrected and all is good cheer in the boiler room.

The Wonder Secketry, she whose occasional dyslexia is more than compensated for by her loyalty and good humour and courage, is not in fact in nearly such dire medical jeopardy as we feared. (Pause to set off fireworks, hang out flags, roast whole ox, etc.)

According to a recent Facebook quiz, the Anglican Theologian the Rambler most resembles is (drum roll) William Laud. I am, frankly, delighted and flattered. A thug, our Bill, indeed, in true seventeenth-century fashion, but that's not all he was by any means. And the more I read about him, the more I find to admire and give thanks for.

One of our parishioners has asked for a letter of reference to embark upon her work for a Master's in Theological Studies. I am thrilled; not least because she says, "Most H & U, especially your sermons, have made all the difference." Undoubtedly a hyperbole, but sweet to hear. I am savouring it!

If you are not yet acquainted with Geez magazine, I recommend it very highly. There is a website -- here -- if you'd like a little taste before subscribing. The latest issue just arrived. Amazing good stuff about Lenten observances. Just one of the lovely, mischievous recommendation -- not to attend any meetings you can't walk to!!!

And in the same mail, the New Yorker, the one with Michelle Obama on the cover...at the extreme opposite end of the magazine-publishing world, but oh my, oh my, there are John Updike's final poems, and they "take me by the roots out my heart" (an old vaudeville line that became part of the family dialect)...and exquisitely beautiful.
Posted by Crimson Rambler at 4:48 PM

Well, I did that quiz too, and came out as Bishop Butler. Not quite sure who he was. Then again I'm not an Anglican. I also (in different quizzes) am Jane Austen, John Wesley, and Felix Mendelssohn. If Bishop Butler was anywhere near as good as they, I'm flattered.

Bishop Butler was one of those lovely Highly Rational eighteenth century divines, I believe, with all sorts of calm arguments for the existence of God. And I *think* he was the originator of that "if the tree falls in the forest and nobody hears it* argument...

I too spent time tonight proof reading vestry minutes...and, well, you know who I "am" in the quiz...FD Maurice...

Do not underestimate your sermons! I highly doubt it was a hyperbole at all. That's all I have to say.

What I'm Still Me said! Yay! Savor while you can. What an interesting mix you shared in this post. LOL!