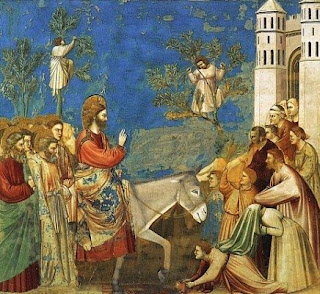 ...to contemplate the 13 services between right now and bedtime on Easter Sunday.

Listening, pretty much enraptured, to the rehearsings of the musicians in the nave just next door.

Working on expanding pastoral responses to a less dramatic set of challenges...posed by Estranged Family at funerals, or around funerals, or lurking offstage during funerals...

I'm part of a Spiritual Direction Peer Support Group for a friend who is training in spiritual direction...and on Wednesday I had nothing to present on, to this small group, fresher or of more interest than the just-concluded phone call from The Daughter Who Had Been Entirely Shut Out Of The Planning For Mom's Funeral.

"Mom" being in fact a total stranger to me, and The Other Daughter seeking our help only because she lives next door to one of our more forceful Mothers in Zion, who said, "You'd better talk to our minister."

This is not the first time in the past year that I've been confronted with the protests of an "off stage" family member. This time, at least, it was faintly comical...I asked what the complainant would have liked included in the service.

Complainant; "Well, I'd just like to think that the 23rd Psalm would be read at some point."
Rambler: "Done, and done. We're singing it as the first hymn."
Complainant, in tones reeking of disappointment: "Oh. I see."
Rambler: "and what else?"
Complainant: "Well, I'd like to be sure there was some mention of the Resurrection."
Rambler (thinks -- "oh sweet suffering saviour"): "Excuse me? Can you tell me, have you attended an Anglican funeral any time recently? Because the first words uttered are 'I am the Resurrection and the Life...'"
Complainant: "Oh."

So eventually I recommended that she lay hands on the Book of Common Prayer, page 591 and following, and read it over to herself at the time of the funeral (which, of course, she was Not Attending...)

But I was led to think that there must be something else I could be saying/doing for people in this particular kind of pickle, other than "mmm hmmmm" in a neutral encouraging tone, and "I'm so sorry" ad infinitum. It just seemed a little lacking in prophetic authority, somehow.

With the prayerful encouragement of the Spiritual Direction folks... I challenged the daughter who WAS present, after the service (over the coffee and Timbits), and laid it on her about making peace with her sister, no matter how long it took or how futile it seemed.

She didn't reject the idea out of hand.

We shall see. Or not.
Posted by Crimson Rambler at 2:23 PM

Well done, Rambler. It takes courage to do the prophetic thing. (I am catching up with your blog and as always, you are a joy to read).

Very well done indeed. But then... 13 services??? You are the Mayor of Crazytown, as my daughter would say!

Although I must admit, if I had 13 services, I'd probably need me one of those myself.

I have 9, but that includes the funeral I did this morning...

phone exorcisms....yup. I love my caller ID, it helps with some of that....hope the week goes well and that you really have a blessed one!

bravo on all counts my friend. Thanks (if thats the word) to another funeral & 2 Communions in Sheltered housing, I up your count by 3. How did I get myself into this? Shall we gibber together over virtual gin in the gaps? What gaps??