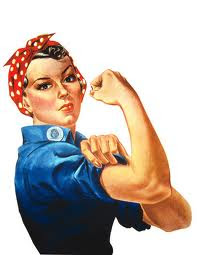 I am coming to see that the price of being at ease in my house is Unremitting Toil, which seems contradictory. But the daily necessities were neglected for so long that now just cleaning up after a meal, or tidying up after reading the paper, or running the vacuum cleaner, or completing the ironing, feels like Vast Accomplishment.

The problem of course is that it Doesn't Last...it's all to be done again next day, or at most a week later. Energy flags before I get to the Major Unpleasaunces in the house -- not to mention the yard (please).

However, today and this evening, I DEALT with one of them. In one corner of my kitchen cabinets I have a deep cupboard with a two-tiered lazy-susan arrangement. It's been a catch-all for almost 40 years... things get pushed to the back, and forgotten, and packaging deteriorates, and squalor ensues.

Most acutely, most recently, when I discovered that a can of evaporated milk had blown its bottom. ICK. Ick involving a lot of other items, too, of course.

So this afternoon I unloaded everything in the cupboard into a couple of stout cardboard boxes; disassembled and removed the lazy-susan mechanism (with some profanity); scrubbed its components, which involved some serious soaking and strong chemicals; scrubbed the cabinet shelves that surround the turntable space; and actually managed to get all the pieces and so forth back into the space and securely re-assembled (a little more profanity).

And then I scrutinized what I had removed, and some of it, including the Froot Loops that expired in 2006, went straight into the garbage. Some of the rest will go downstairs to the big pantry.

Most happily, I know, now, what's in that cupboard; and oh, there is going to be SUCH a cooking, and a baking.

For the foreseeable future, opening that cupboard door will be a minor, but real, pleasure. And that's clear gain.
Posted by Crimson Rambler at 9:56 PM

I know what you mean about the contradiction....
congrats on the Lazy Susan Clean Up. I have several drawers in my kitchen that could use such a scouring.

I have been out to the kitchen three times since breakfast to drink in the beauty of that clean cupboard!