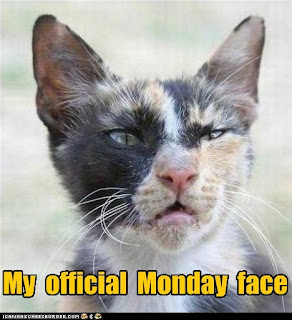 Awake a little before five this morning. The People's FM Radio plays interesting music until six a.m., after which Teh Stoopid takes over. So I lay and listened; got up a bit after six a.m. when the news was over and made a bit of a list for the day. It looked reasonable...and some of it even got done -- two loads of laundry, a run to the bank, and the Post Office, and two grocery stores. After which, it being payday and all, I treated myself to a (not very good) lunch "out."

Home, and got the groceries put away -- and that's ALL she wrote. Made a good breakfast and a light supper, and I'm finished for the day. Will watch the rest of Monday Night Football, and crawl off to bed.

Much intrigued by the discussion on what our theology says or fails to say about the animal part of creation -- the nonhuman animals, that is -- led me to reflect on some of the background reading I did "back when", preparing lectures on Black Beauty. I knew, I knew, that there were theologians in the background of Anna Sewell's work, and I was please to be able to trace the thread back to Horace Bushnell, q.v. In the process read some interesting notes on Calvin's theological references to animals (not to the impoverished references of CALVINISTS, to animals).

Recalling, in conversation with other RevGals, the doctrinaire objections to the Blessing of Animals in church -- summarized as "Animals don't go to heaven, because they don't have souls." Two thoughts, well, two utterable thoughts, always rose up in response to that: first that it's the Resurrection of the BODY we say we believe in, NOT the immortality of the soul, fine pagan notion though that is. And second -- that if a discernible soul is the criterion, a whole bunch of folks I encounter day by day had better look to their qualifications (grump, grump).

More and more I think that the secret to pragmatic success in parish life is the willingness to condone, flatter, echo, and cheerlead people's envy, contempt, and spite toward other folks. I am so weary of it. Hence, in part, the "Monday face."
Posted by Crimson Rambler at 7:34 PM

Labels: all creatures of our God and King, domesticity, Music, scheduling

Just stopping by, haven't been past fro a long time. I wonder sometimes about those who say "animals have no souls." I've heard it too often and I won't go into the tripartite division of even humans into body soul and spirit. I don't see that division in scripture but i greek philosophy.

What I do read in Revelation is that all creation gives thanks and praise. Now I don't know how that works out practically, but animals are part of creation. As are we and hills and mountains and trees and the ocean.

pretty much my own feeling, Jan! and the rest of creation giving thanks and praise with such PATIENCE, compared to us.