The True North Strong and Free... 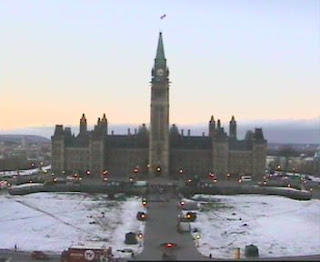 We are having us some Constitutional Crisis, here in Canada, and unfortunately the Average Voter is very much in evidence.

When the Rambler was a little girl in school (about the time the ink dried on Magna Charta), there was an overall theme to the way national and (gasp!) imperial history were taught. The idea, the theory, the myth, that is "the lie which it is useful for the people to believe," was that the march of British constitutional history was one long, continuous, cumulative triumph for the ordinary citizen in the struggle not only to overcome specific tyrants but also to make tyranny itself, whether by despots or by mobs incited by demagoguery, less and less possible. Hence splendid developments like habeas corpus, and the secret ballot, and universal suffrage irrespective of property qualifications, and a bi-cameral legislature, and so on and so forth. As such things go, it was a benign and hopeful and inspiring kind of national mythology.

And it came with a prudential dimension also -- that governments inevitably were tempted toward tyranny, and must be kept wisely and firmly in check by responsible opposition, and by constitutional mechanisms for removing them from office when they ceased to enjoy the formal "confidence" of the people's elected representatives.

Whatever else the level of public discourse reveals this week -- it is sadly evident that the thread of that narrative has been lost...and nothing of equal, or any, value has replaced it.
Posted by Crimson Rambler at 1:16 PM

oh dear....I was just saying tonight, how much I hope we here in the slightly further south but still north land of the "free" (ahem) will see some new signs of that reality and a shift away from paranoia and fear as the guiding principle...sigh....

Decent turnout at the rally last night, especially given the weather!

In keeping with the previous post on the monarchy, it is at times like this that I am thankful to God for the monarchy.

For Canadian readers: is there any Prime Minister that you can remember who you thought would have been a better person or politician if he or she had also been Head of State?

And for our southern neighbours, two words of explanation: Richard Nixon.