About to turn in after a different shape of day -- housecleaning as hard as I could go from breakfast time on, with minimal cyber-playing -- and then a drive to the airport, and collecting my Travelling Kinswoman.

We have had our dinner and talked ourselves to a standstill. Must try to get together oftener than every 25 years.

Tomorrow morning, back to the airport, and then the daily mixture as before.

But what a lovely break in the routine!
Posted by Crimson Rambler at 9:50 PM 2 comments: 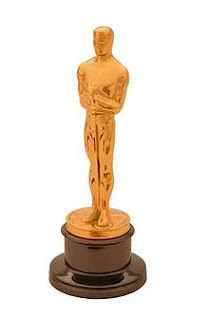 Well that was interesting -- the FOMC called early-mid evening, as he often does of a Sunday, and I was able to report to him that I was a) watching the Oscars and b)discussing and commenting on them with folks all over North America. Fun, indeed. I missed a bunch of stuff in the middle, however, being on the phone at the time. Parenting apparently has no mandatory retirement date, sigh. And that is all I'm going to say about that.

It has been quite a good day despite very cold temperature -- zero Fahrenheit except right at midday, when it warmed up half a dozen degrees -- there has been a little additional snow atop the 10 inches yesterday. I have the best and kindest neighbours -- they "blew" my city-sidewalk TWICE yesterday, and when I got back from the church about 1 p.m. today, my neighbour was just finishing up blowing the snow off both the sidewalk and my ENTIRE driveway...so gracious.

The rhythm here is that the neighbours dig and shovel, I go into the kitchen and BAKE and then skip merrily over the snowdrifts with my frilly apron on, delivering little oven-warm goodies into their astonished expressions. It is all so Norman Rockwell, one can hardly stand it.

Yesterday I made sourdough buttermilk biscuits for this purpose. Only I put home made yogurt into them in place of the the buttermilk. Right out of the oven -- with a dab of butter and a little Lanark County wildflower honey? Mighty fine. And fast. And motivated me to re-energize the sourdough starter: all good.
My boss preached this morning very energetically on God's covenant initiatives in the lectionary. We're singing the Merbecke setting for the eucharist, for Lent (with the old words -- trying to jam the new translations into those notes just...doesn't work). I've sung Proulx and I've sung Addington and sometimes we sing sort-of Schubert and St. Curious has its own Mass setting written by a talented former Rector, and that's all dandy, but I'm sorry, to my ear Merbecke = church, and that's that.

My late-night and early-morning reading in bed this weekend has been the most recent New York Review of Books. So much there, so much to reflect on, speculate about, explore. Notable in this last issue a fine review by Peter Brown ("Who Ought To Know, After All") on three or four new books about Ambrose, Chrysostom, and Augustine. At least two of them are by Garry Wills. There is one on Ambrose, Augustine, and baptism (Font of Life: Ambrose, Augustine, and the Mystery of Baptism), that really does make my mouth water~~because I am very taken with Ambrose's baptismal sermon in which his text is 2 Kings 5 -- Naaman the leper and his disdain for the Jordan.

Listen to this, from Brown.

"In 387, ... this baptistery [i.e., in Milan] was not open to all. It was an arcane building, as closed against the uninitiated as was the cave of any pagan mystery cult. In it new things began. ... The ceremony began with an act of solemn exorcism. The culmination of the ritual involved a breaking of the boundaries between heaven and earth. ... It was a rite that 'broke open the incandescence of eternal life.' ... For Ambrose, baptism remained a baroque affair--a moment of rapture and unearthly light set against the darkness of a still-pagan world. Augustine ... came to a very different view of the same ritual. ... The baptized Christian could not expect to be buoyed up by the sense of having been transformed by a single dramatic rite. Human nature did not change so fast. Each believer remained like a leaky ship on the high seas, kept afloat by the constant creak of the bilge pump. The salt water of small, insidious sins dripped through its timbers. If not pumped out by constant acts of penance, prayer, and almsgiving, these small trickles of sin could sink the ship. In this, Augustine preached a doctrine for the long haul, suited to a gray world where almost everyone was a Christian and very few of them were good Christians...."

This makes me very happy.
Posted by Crimson Rambler at 8:47 PM No comments:

Our friend Sally, over at RevGalBlogPals, offers us this, today:

I have been pondering this Friday Five over and over in my mind, but I am coming up with nothing, so I am wondering; what do you do when you feel empty of all creativity and unable to make/do anything? This is a completely open question, the only rule is name 5 things that fill/ inspire you:

1. Extra sleep -- to a point -- often in the last 20 years the problem has been simple, brute fatigue.

2. Physical exercise, of which walking is probably prime favorite.

4. Something mindless and minor, like ironing, or polishing silver (Memo to self: tomorrow, take down and wash all the 'copper' moulds and pans on the kitchen grid)

5. (and this is the prime remedy) -- Go see a movie...it never seems to fail, I come out just snapping and crackling with ideas and imagination.

It has been Some Kind of Day here at Tether's End...a nice peaceable, doable schedule and nothing too alarming--and then the phone rang--and it was the Daughter Unit, who had just been tentatively diagnosed with pre-eclampsia and was awaiting further tests. And all the internal sirens start up...

Warmest thanks to all of you who sent such Sustaining and Comforting e-mails. I am happy to say that by late afternoon she was safe at home and everything that could have been, and had been, measured was now just where it should be. But in view of the scare -- a spike in blood pressure and protein detected where no protein should be -- she'll be closely monitored at home for the duration of the pregnancy. Such relief...

And somewhere in the midst of the panic and its aftermath, I absorbed the message that Beloved Milkman, the very last one in Prairie Metropolis, will make his final delivery next Friday. And I spent a very productive couple of hours with Gratifying Theological Student, mapping out a paper on the Anglican theology of Christian Initiation...our targeted lunch place was mysteriously closed so we went elsewhere, and in the Sturm und Drang over Chorus's diagnosis, I wolfed down a whole steak sandwich before even remembering that it IS Lent, after all. Miserere me, Domine.

After coming home, made 1-800 phone calls and sorted out a credit card tangle; and betook myself to the bank, early evening, and did things with retirement-money.

Tomorrow, which is also a day, heavy-duty house-cleaning.
Posted by Crimson Rambler at 9:16 PM No comments: 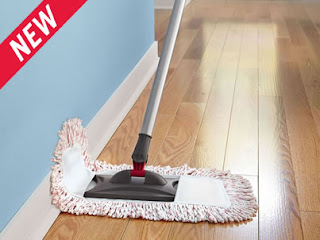 And, Day Two of Lent. Ran a few errands of a desultory type this morning, came home for light lunch and then collected one of the Wednesday Wise Women to go and visit another of the WWW, now in palliative care.

The rest of the day has been fiddly and non-accomplishing. Read for a bit.

I am reading psalms according to the psalter-in-a-month schedule in the old Book of Common Prayer -- also the readings in the fine-print table near the beginning -- in the Prayer Book Psalter the headwords of each psalm are given in Latin. After a few weeks of this I managed to dig out my copy of the Vulgate (in about four-point print, MAGNIFICATION NEEDED), thinking I could spend a little more time with the psalms if I read them in Latin as well as English.

Found something MIGHTY interesting this morning -- reading Psalm 113 (or 112, depending on your numbering) -- God is praised for raising the needy from the ground and lifting the poor out of the dust. But in Latin, he lifts the "pauper ... de stercore", out of the stercus. And to paraphrase the beloved priest who taught me St. Paul's letters -- that doesn't exactly mean, dust. What it means, is shit. Shades of Dickens' Our Mutual Friend, and the mountain of "dust" and the "dustman" characters...

WHICH... evoked a certain reflection on just exactly what it was we said, so prayerfully and gently, to all the penitents yesterday.

And that led me back to Genesis 3, in Latin, where I was greatly comforted to find that in Latin, at least, that substance that we are and to which we return, is pulvis.

But I wonder what the word is, or words are, in Hebrew? h'm!
Posted by Crimson Rambler at 10:58 PM 2 comments: 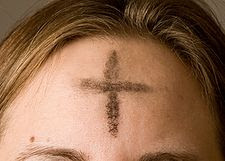 Ok, here we go. Lent again. And part of the discipline I'm contemplating is a blog-post every flippin' day. Including Sundays.

What else is on the list? MEATLESS every day but Sundays (fish yes, eggs yes, cheese yes, milk etc. yes...). And not only "meatless" but "just plain less." The Lenten aspect of this is that I spend too much time thinking about what I'm going to eat next. It's out of proportion.

Also -- because it's becoming all too easy just to be all-by-myself-in-my-house -- every single day I have to go out of my house at some point. And I have to speak aloud to an actual human being, every day.

The other biggie is an anti-procrastination resolve. This involves catching myself thinking, "But I don' wanna...." and DOING whatever it is, immediately...paying bills, returning phone calls, answering letters, making visits, making decisions about other kinds of mail.

And limiting the electronics. And going to bed betimes. Those two go hand in hand.

Have a holy and blessed one, friends.
Posted by Crimson Rambler at 9:07 PM No comments: