In which the Old Grey Rambler triumphed over modern technocracy in two happy respects -- first, in that she picked out FROM MEMORY the correct make and size of ink cartridge for her itty bitty printer -- and installed it -- and didn't hurt herself or blow up anything.

And then, second, no doubt only because previously fortified by Swedish Meatballs with Lingonberry Jam, she assembled a couple of IKEA tables directly descended from the beloved three-prong two-slot blivet of our youth: 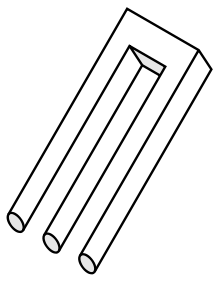 The results of all this fine work with the little Allan wrench and a couple of screwdrivers are two comparatively sturdy bench-like objects on which to foster houseplants in the light from the living-room window.

We are abolishing the little tilty spindly toothpick boot racks formerly supporting our horticultural efforts. We have decided that the Fourth Horseman of the Domestic Apocalypse is "Rickety Provisional." The first three, as you remember, are "Dirty, Dark, and Broken." 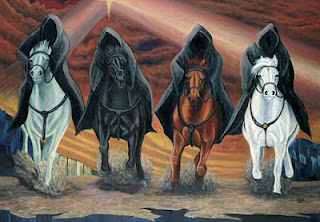 Just sayin', but this was also accomplished with the paws-on assistance of Nefertiti the Wonder Cat, who instantly recognized the Great Big Screws, the Weird Half Screws, the Nubby Bits of Dowel, the Twiddly Plastic Gizmos, AND the Allan wrench, as God-sent cat toys.

Oh yes. In between the Blivet Benches and the Swedish Meatballs, the Rambler passed a big bin full of ... stuffed toy ... rabbits. And they actually looked like rabbits, you know? And so, well, heck, Annie didn't yet have any stuffed toy rabbits... Don't laugh, I passed up the stuffed toy Golden Retrievers...
Posted by Crimson Rambler at 6:59 AM