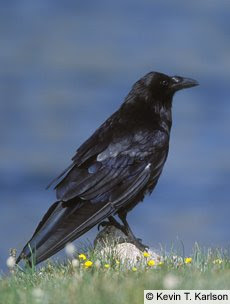 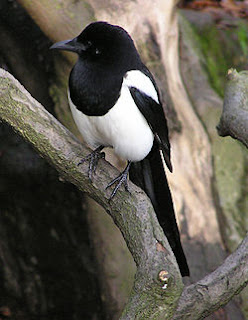 Also trying to write the Annual Report, as fodder for the Annual General Meeting in a couple of weeks. A loathsome task, aggravated by the fear of omitting some worthy volunteer from the long,long list of those-for-whom-we-are-thankful.
Posted by Crimson Rambler at 1:53 PM

I once bewailed to my accountant that I could not pay my taxes, wanted to delay filing them for as long as possible and that I feared going to jail...he said, you don't go to jail for not paying you only go for not filing...so...good thing you don't live south of the border.... :-)

that's terrible! truly! usually there is no fuss, if you don't OWE anything, if you file within the year. But I let it go past the end of December...however, OFF to the accountant next week with my little bundle.

Good thing you weren't up for a Cabinet appointment, too!
My husband has read a couple of books by Bernd Heimrich who writes about ravens and lives in Western Maine. He kept them around all year but he was feeding them.
And I didn't know people other than Maine-iacs knew the very useful word "gurry"!

I have heard ravens regularly across the city in the past few months and share your surprise that these erstwhile denizens of more remote, forested and/or mountainous terrain have chosen an urban lifestyle. I must say, though, that blue jays are a frequent visitor to my front yard, which is to say westward of the giant transportation construction zone next to Expanding Mall. They greatly favour the mature blue spruce which sucks all the moisture out of my south-facing front lawn.

You will doubtless be completely stunned to learn that I too am incapable of keeping track of those things necessary to salvation in terms of the Tax Man - but, thanks be to God, I have now yielded to a truly wonderous organisation called Tax Management for Clergy, who don't tell me off when I can't find the vital bit of paper, who never storm out of the room muttering things about women in general and wives in particular, and who have thus far so arranged things that I have had nowt to pay. I wonder if they operate in Canada....
Congrats, anyway. It's DONE for now :-)

I'm sort of jealous of your Actual Raven. We're constantly beset with grackles - a la Alfred Hitchcock. But no ravens.

Uh, I am even less Episcopal than the rest - what's an Incumbent?

Hi all...to clarify, an Incumbent is the clergyperson appointed to be in charge of the parish. In some places parishes over a certain age, i.e. established before a given cut-off date, have "Rectors"...parishes of less seniority have "Incumbents". In England the distinction between "Rector" and "Vicar" used to mark the distinction between those who enjoyed impropriated tithes and those who simply received a fraction of tithes impropriated to someone else, often a lay patron with the right of appointment, or a clergyperson holding more than one parish and "farming out" the less attractive ones to juniors.

"Impropriated" is a new word for me, although I suppose if one can expropriate, one could also impropriate. Begins to be a bit of a tonguetwister!